The staff and students of CCS were thrilled to welcome Niall Mellon in person. He was officially welcomed by school principal, Mr. Eddie Morrissey, who spoke of the inspiration Niall has given to the people of Ireland and in particular to the population of Cashel Community School, past and present. The assembly then watched a short dvd illustrating the work carried out in Capetown last November and heard the thoughts of the CCS students who were part of that work in 2010.
Paul Creed, a member of the 2009 house-building team, spoke on behalf of the past students who have represented CCS in South Africa where over eighty thousand people have been housed. He paid tribute to the achievements of the Niall Mellon Trust in Capetown and to the profound impact Niall’s vision has had on the lives of the CCS house-builders and on the entire school community, past and present.
Niall Mellon was fulsome in his praise for and appreciation of the enormous contribution the Community School’s students and staff have made to this vast project. He expressed his gratitude too to the local community for the generous support it has given the school’s involvement. Despite our nation’s financial difficulties, we must not, he said, ever lose sight of the fact that there are many millions of people living in painful poverty in other parts of the world and we have a moral obligation to assist them.
This memorable visit by Niall Mellon concluded with the singing by a student group of a special song that celebrates the courage and energy of Niall himself, highlights the hard work and buoyant spirit of the Irish house-builders and the surpassing delight of the parents and children who receive the new houses. 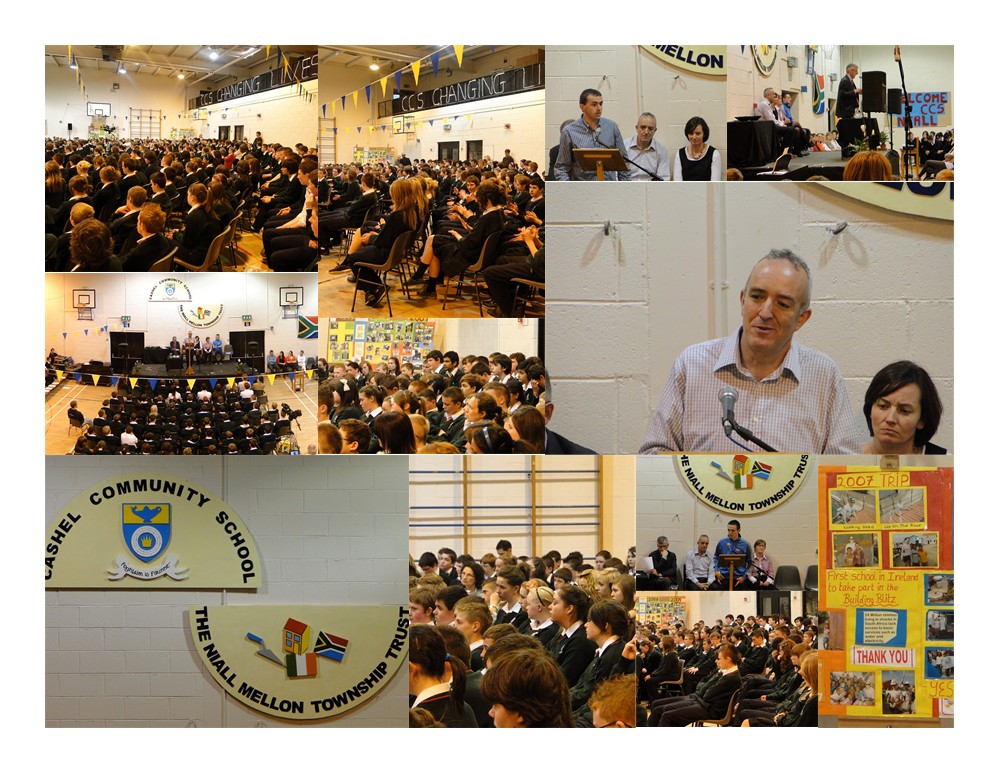 To view a video clip please click the link below.