On Thursday, 1st December, the Community School senior choir had the great honour of inaugurating Christmas 2011 in Ireland when, by official invitation, they sang a selection of carols in the grounds of Dáil Eireann. An Taoiseach, Enda Kenny, and many T.D.s and  Senators attended the festive event. Afterwards, the choir members were given a guided tour of Leinster House by South Tipperary T.D., Tom Hayes, who also hosted the official luncheon laid on for them by the Oireachtas authorities.
The invitation to fulfil this engagement was a doubly unique honour for the CCS choir. No other choir from outside Dublin has ever performed this function and no other school choir from city or country has ever been given this honour. Congratulations to the CCS choristers, to Mr. Murray, musical director, to accompanists Helen Colbert and Ms. O’Connor, and to  Mrs. Skehan, Deputy Principal, who chaperoned the travelling party. 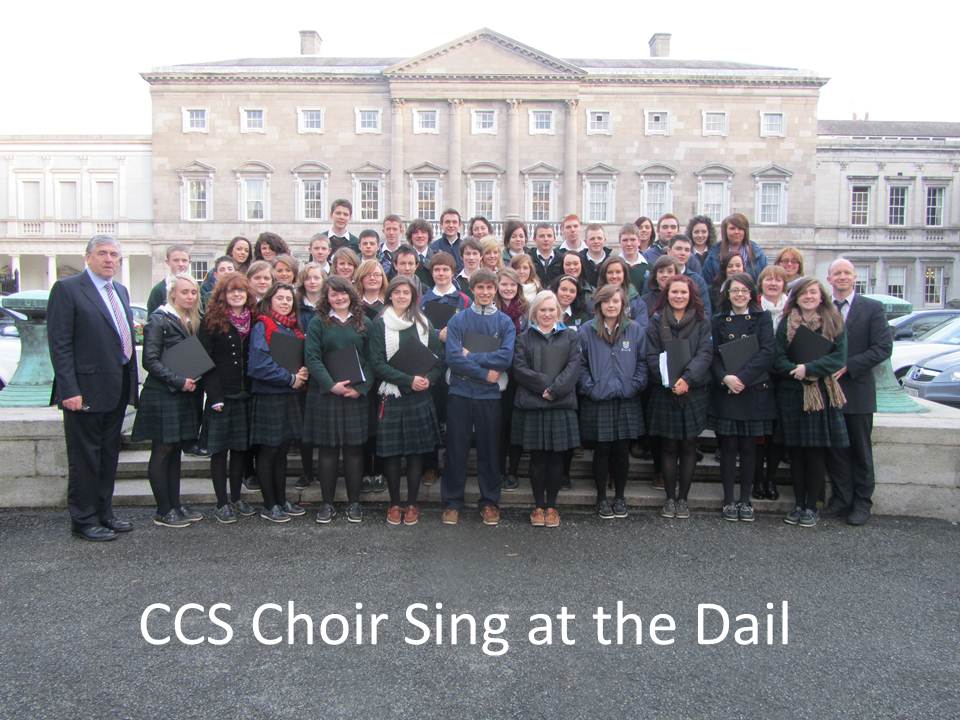