Match Report – Not all plain sale-ing for Cashel Senior Hurlers

Not all plain sale-ing for Cashel senior hurlers

The senior hurlers from Cashel Community School got their Munster campaign off to an underwhelming start against a very tough and combative Kinsale outfit who will be hugely disappointed to come out on the wrong end of one point defeat to last year’s finalists.

A game played in testing conditions, Kinsale were the first to settle and got off the mark with two points from place balls. This was followed up by a fantastic goal after the Cashel backline failed to deal with a long delivery. Cashel did get off the mark with a score from play courtesy of lively inside forward Riain Quigley, followed up by placed ball from Aaron Browne. Kinsale kept the scoreboard ticking over with a flurry of three quick points, two coming from placed balls. The conditions were proving hard for the Tipperary men to manage and they missed several early chances at scores due to a strong wind, seeing the opening quarter finish 1-5 to 2 points in favour of the Cork side.

The second quarter saw Cashel respond well as they began to win the fifty-fifty balls and attend better to their defensive duties, Jamie Duncan and the reliable Tomás Bourke at full leading the charge. Aaron Browne was scorer in chief and accounted for the next four scores, two coming from play. The hard work being put in to narrow the margin was however being eroded by some poor discipline which resulted in Kinsale slotting two points from frees. The two teams exchanged scores for the remainder of the half, Stephen Browne and Quigley getting the Cashel scores leaving the west Cork side up 1-8 to 8 points at the break.

On the resumption of play Cashel signalled their intent by upping the intensity of their overall play and putting the Kinsale backline under greater pressure. This resulted in the Cork side giving away a number of frees, which Browne gladly pointed. Two scores from play and a sublime side-line kept south Munster side’s noses in front heading into the final furlong. The Tipperary school were beginning to get the ball into their dangerous inside line but were spurning good opportunities. They did land scores from out the field, two coming as a result of the ferocious work-rate of forward Fearghail O’Donoghue who turned over a number of possessions in this crucial period of the game. Having seen their lead reduced to two points saw Kinsale respond once again and brought their score to 1-12 heading for the last five minutes of normal time. The honesty of effort and determination displayed by Cashel in the closing stages was admirable as they came from three points down to notch up the final four scores of the game, stealing victory from the grasp of the gallant Cork side.

Kinsale, a side who came up from the C competition only this year will feel it was one they left behind as the led throughout and even into injury time. Cashel will be disappointed with their first outing of the year and will need to raise their performance level if they are to progress deep into the competition. 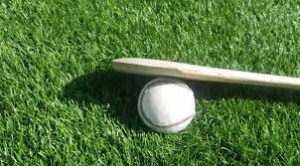